They’re hip, cool, & green, but there is more to owning an electric vehicle than meets the eye. Some may say “Let the buyer beware!” We’d rather the buyer be knowledgable. Protect your investment by learning about the electrical infrastructure changes required with your new car. This post highlights four must-do’s all owners should complete before purchasing their electric vehicle as well as some challenges facing electric vehicle customers today.

Plugin electric vehicle sales have surged in the US over the past several years, with sales increasing from under 1,000 in 2010, to 52,000 in 2012, to over 30,000 in just the first five months of 2013. The Chevrolet Volt, Nissan Leaf, Toyota Prius PHV, and Tesla Model S are leading the new wave of acceptance, with the Tesla Model S even being awarded the 2013 Car of the Year by Motor Trend and Automobile Magazine.  In San Jose one can’t drive more than a mile without seeing an electric car or two. Buyers are attracted to electric vehicles to save money on gas, help lower their carbon footprint, and even shorten their commute. Few people, however, are aware of the electrical requirements of their new cars, and unfortunately, much of this information is left for new car owners to discover for themselves. 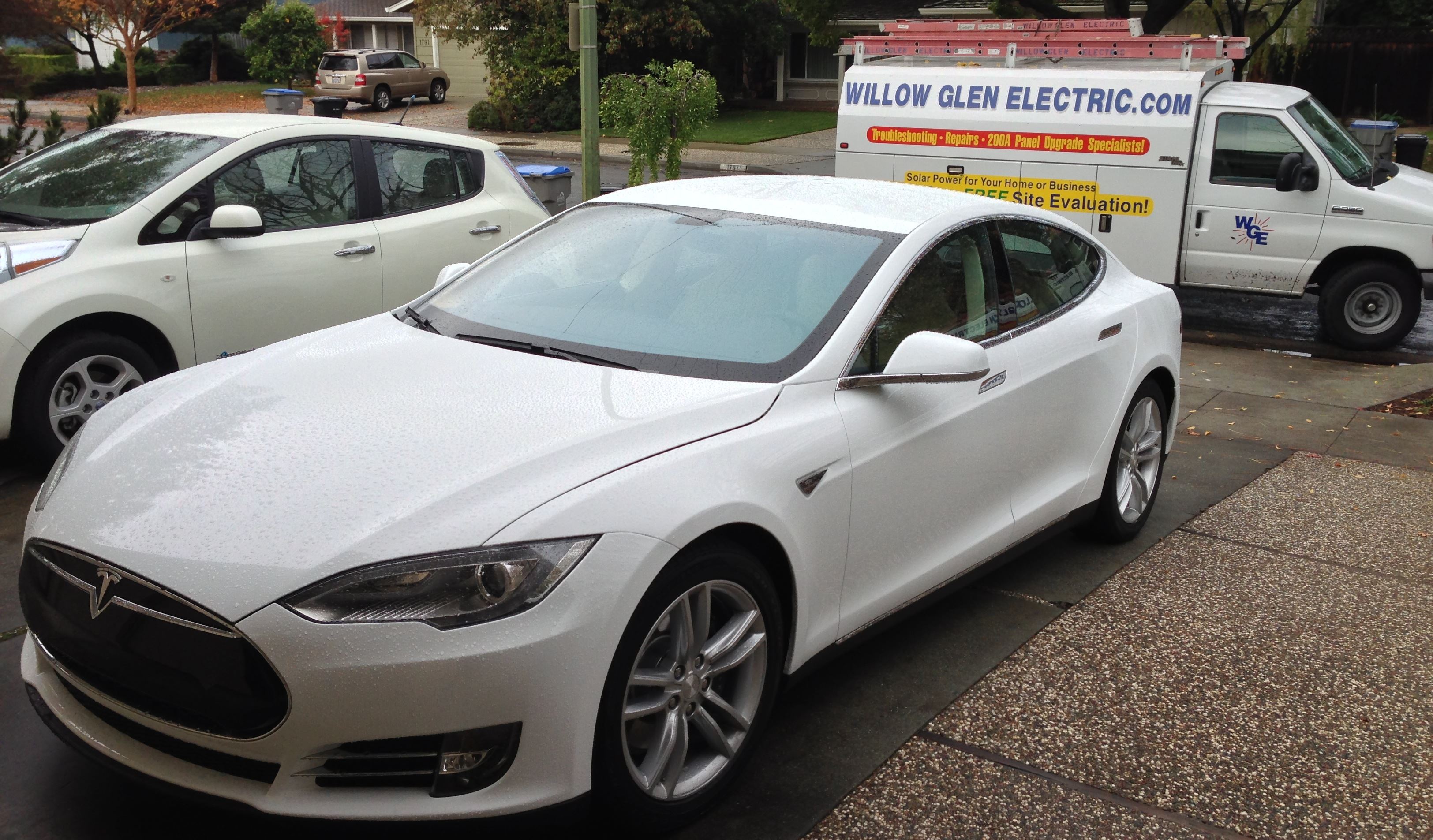 Most electric vehicles require a high-power 240 Volt outlet or wall charger to recharge their vehicle’s batteries at a reasonable rate. Lower capacity vehicles like the Chevy Volt and Nissan Leaf can utilize as little as a 30 Amp circuit to fully charge the car’s battery in just a few hours. Higher capacity vehicles like the Tesla Model S can be charged with up to a 100 Amp dedicated circuit, which is more power than many families in the Bay Area even use to power their entire home!

Buyers of these cars aren’t always aware of the electrical infrastructure changes required by their car purchase. Mark Londre, owner of Willow Glen Electric, even had one client return his new car to the dealer after learning what it would take to properly install a new dedicated vehicle charging circuit. New and potential buyers of electric vehicles should to do four things before purchasing an electric or plug-in vehicle:

1) A home electric load calculation should be performed by a licensed electrician or electrical engineer.

2) Determine what style charger is desired.

3) Decide where the charger will be located.

4) Get a price for the new dedicated vehicle charging circuit. 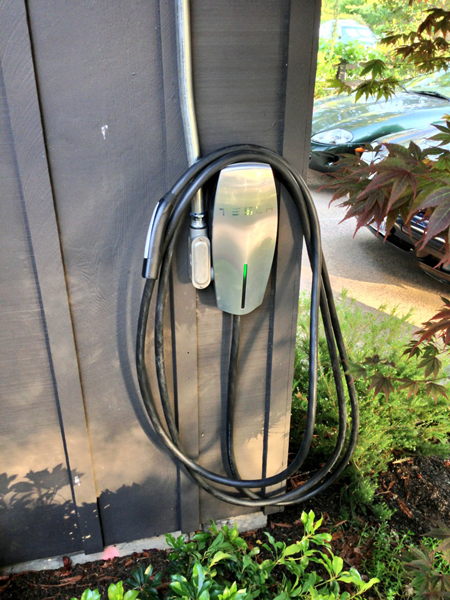 An electric load calculation should be used to determine the maximum Amperage circuit that can be installed in your home to charge the new vehicle. A load calculation is highly recommended (and often required) or the homeowner is just guessing what size charging circuit can safely and responsibly be installed. The circuit size directly influences the vehicle’s charging time. For example, the highest capacity Tesla Model S can be fully charged in less than 5 hours with a 100 Amp charger, but can take over 65 hours to fully charge using a normal 120 Volt household outlet. Mark Londre said that many homes do not have the electrical capacity to install even one 50 Amp circuit for an electric car. He added that when people have two or more electric vehicles, the charging situation gets even trickier. An inspector in Palo Alto told him about a family with two Tesla vehicles being unable to install two high-power wall chargers even with their home’s commercial-sized 400 Amp electric panel.

New purchasers should also determine the style of charger they prefer. The two options are a standard 240 Volt outlet, similar to a dryer outlet, and a permanently installed wall-mounted charger. The 240 Volt outlets are often less expensive to install and use less wall space, but some don’t like how they look; and because this utilizes the travel charger provided with the car, constant usage can wear out the travel charger at an accelerated rate. The permanently installed wall-mounted charger can charge the vehicle faster in some cases, looks nicer, and keeps the travel charger safely in the trunk of the vehicle. However, the wall-charger also uses more wall space and will cost more to install. The charger itself can often cost over $1,000. 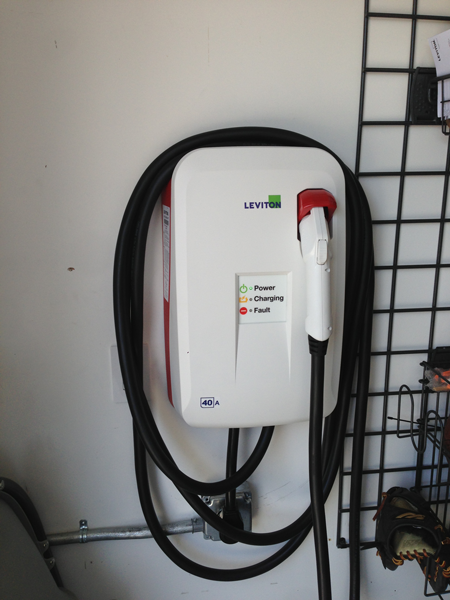 After deciding on what style charger to use, determine where the charger should be located. Will the car be parked in the garage or in the driveway? Is there a convenient path the new electrical circuit can take through the attic or crawl space? The closer the charger is to the main electrical panel the lower the cost will be to install. If the garage it will be parked in is detached, the cost will be higher due to safety requirements by the National Electrical Code.

Step 4: Get Price for the Vehicle’s Circuit

Once these decisions have been made, an electrical contractor can accurately provide an estimate to install the new dedicated vehicle charging circuit. According to Mark Londre of Willow Glen Electric, the price can range anywhere from $500 to thousands of dollars, depending on the size, style, and location of the new circuit. A city electrical permit and inspection should also be included to keep your city and electric company aware of how electricity is being used in your neighborhood. Charging one electric vehicle on a block in the middle of the night won’t affect a load of an area much, but sales are growing at an increasing rate. Several dozen electric vehicles all charging at the same time can cause serious damage to utility transformers if the utility company is unprepared for the added load to the neighborhood. Another reason to have your charger city-inspected and passed is to eliminate potential problems with your automobile insurance and fire insurance policies, and various contingent liabilities.

Call Willow Glen Electric for expert advice and the peace of mind you and your family deserve.